I understand the risks of using Windows XP, and I want to proceed.

You will be encountering https errors globally (read: worldwide - more than 2 million websites) if you're still using Windows XP. 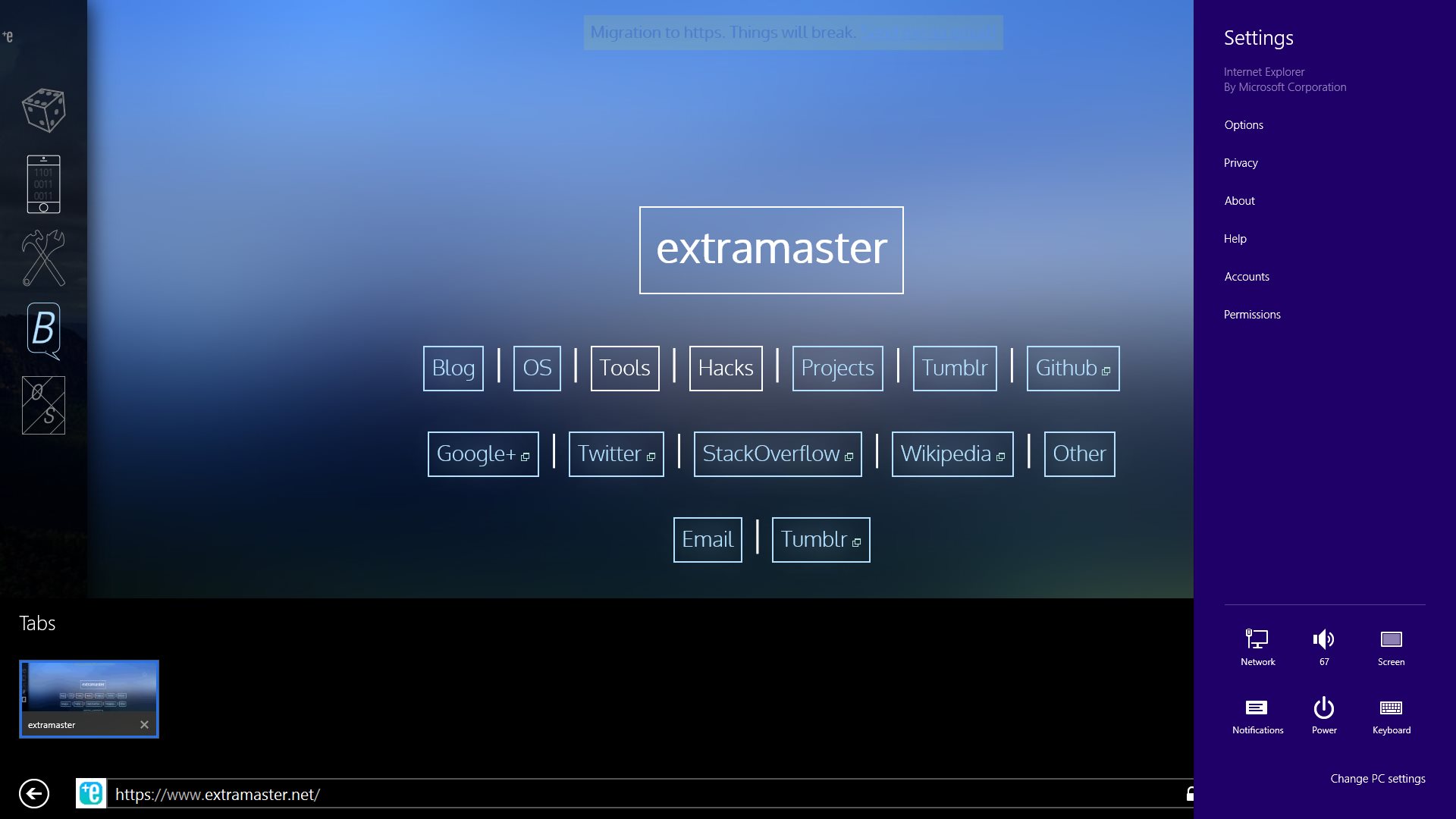 Upgrade to Windows Vista or later to resolve these security issues, this is out of my hand at the current moment, as Windows XP is currently full of security issues.

Internet Explorer 11 in modern/metro mode works! You don't get https errors (on a fresh installation, mind you), and overall, the experience is much better then on Windows XP

"There will inevitably be more serious security flaws that will affect Windows XP. Already, security company FireEye is warning of exploits using the latest IE flaw that deliberately target Windows XP. And one in four PCs running an operating system without any new security updates is a hacker's dream."

From - Windows XP: Microsoft can't wash its hands of the security problem so easily - ZDNet

Now enjoy the little piece below! Or not (click here to proceed).